It was interesting to witness how different family and friends coped through the time when we knew Beth’s body was dying. For some, the goodbyes were more agonizing because death seemed so final. They believed that this world is the totality of existence and therefore viewed this time as utterly tragic. For these people, it truly was ‘goodbye’ and hopeless grief flooded their souls.

Other family and friends who came to say goodbye during this time did so with a glimmer of hope that perhaps there just may be something beyond this world to count on – but we can’t be sure.

While we do not deny that the preparation to part with Beth (as described in Heartbreakingly Beautiful this week) was incredibly painful, we are so grateful that our separation from her is temporary. We have a certainty that death does not have the final word and we do not grieve as those with no hope. Our sure hope in the person and promises of Jesus Christ, the resurrected and living Son of God, make all the difference!

There was such an assurance about Beth during those days as she prepared to cross the Jordan and enter into her eternal Home with Jesus. She set about fulfilling promises, giving gifts and saying her goodbyes with intention and compassion. There were still tears and there was certainly sorrow in all that was happening, but the closer she came to her time, the more we were certain that she was prepared in every way. Friends, you too can BE Sure and Ready when it comes time for you to cross the river into eternity!

Beth’s preparation for this inevitable journey began long before she became ill. As we read this week about Joshua and the children of Israel crossing the swollen river in a miraculous way, we may wonder how Joshua was ready to cross with such confidence when given his marching orders by the Lord. I believe that the clue to His sure and ready heart lies in this gem of a verse found in Exodus 33:11…

Inside the Tent of Meeting, the Lord would speak to Moses face to face, as one speaks to a friend. Afterward Moses would return to the camp, but the young man who assisted him, Joshua son of Nun, would remain behind in the Tent of Meeting.

Joshua was ready to act when the time came because he had spent years seeking after God and building up his confidence in Him! I have seen this same confidence in God modeled by my own dear daughter and it is an ongoing example to me.

You know, the life of Joshua and the events of that incredible day all point to Jesus Christ. It is interesting to read in the Gospels that at the beginning of Jesus’ formal ministry He was baptized in that same Jordan River. Again, this is another highly significant event filled with symbolism and truth. When we talk about crossing over from death to life through Christ, baptism is the outward symbol of this spiritual experience (Colossians 2:12).

Beth was thirteen years old when she made that formal declaration of her trust in Christ and was baptized in the presence of her family and friends. By her faith in Jesus, she had already spiritually crossed the Jordan. By following her Lord through the waters of baptism, she gave us an outward sign of what had already happened in the spiritual realm. So in every way that matters, Beth had already crossed over from death to life. This was the basis of her assurance and readiness when it came time for her physical crossing.

This physical crossing was approaching at a fast rate, and far too early in our way of thinking. Although it was hard for us to accept, by this stage we were sure that the Lord was calling our girl Home and it was now time to help prepare her even further for her crossing. The Lord wanted Beth to receive all that He had promised to her – on both sides of the river! It was her turn to cross the Jordan into eternity and she did so in a way that followed Jesus’ example.

Friends, Beth had a passion to help those who would be making that crossing after her. Her heart’s desire while keeping those journals that have led to the Heartbreakingly Beautiful devotional was for the glory of Jesus and for YOU! That YOU too would BE Sure and Ready when it came to parting this world into the next. The only way you can cross that river with certainty, that leads to eternal life and not to eternal death, is by taking the hand of the Deliverer who wants to lead you through the path that is yet unknown to you, but crystal clear to Him – Jesus, the very presence and power of God – the one and only way to life that will flow in abundance forever!

Songs to encourage you:

There’s A Place For Us by Carrie Underwood

(Theme of Voyage of the Dawn Treader movie)

Rescue Me by Kerrie Roberts

This week, our family had the privilege to hear international speaker Ian McCormick. Ian has a truly remarkable story about how he crossed the Jordan into eternity – and returned to tell about it! 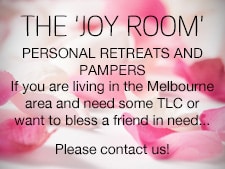 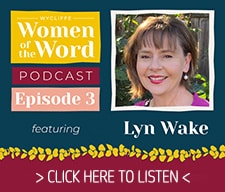